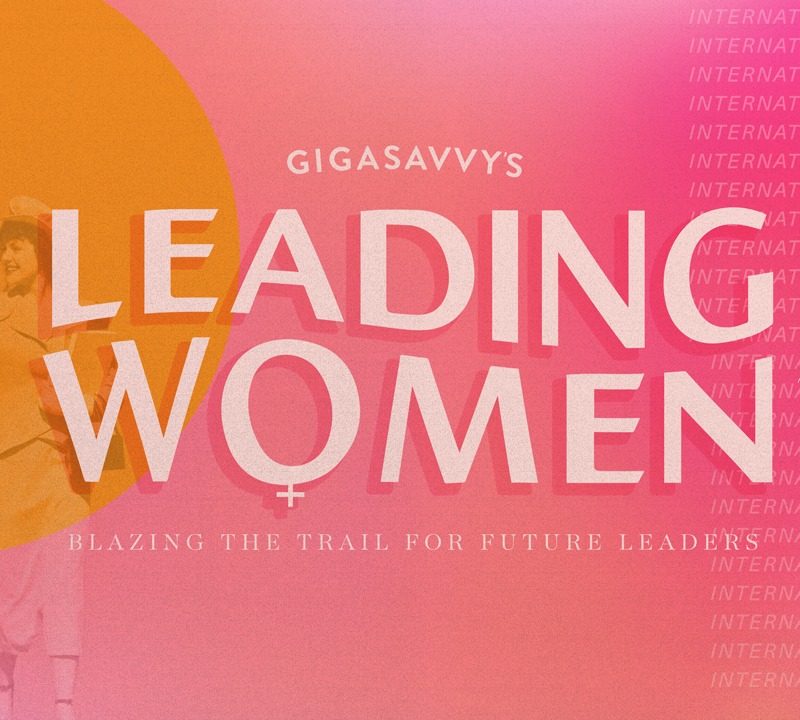 To celebrate International Women’s Day, we turned to our inspiring female leaders at Gigasavvy. They shared insights of those who have helped shape their lives and careers and imparted words of wisdom to inspire others. Here’s what they had to say: 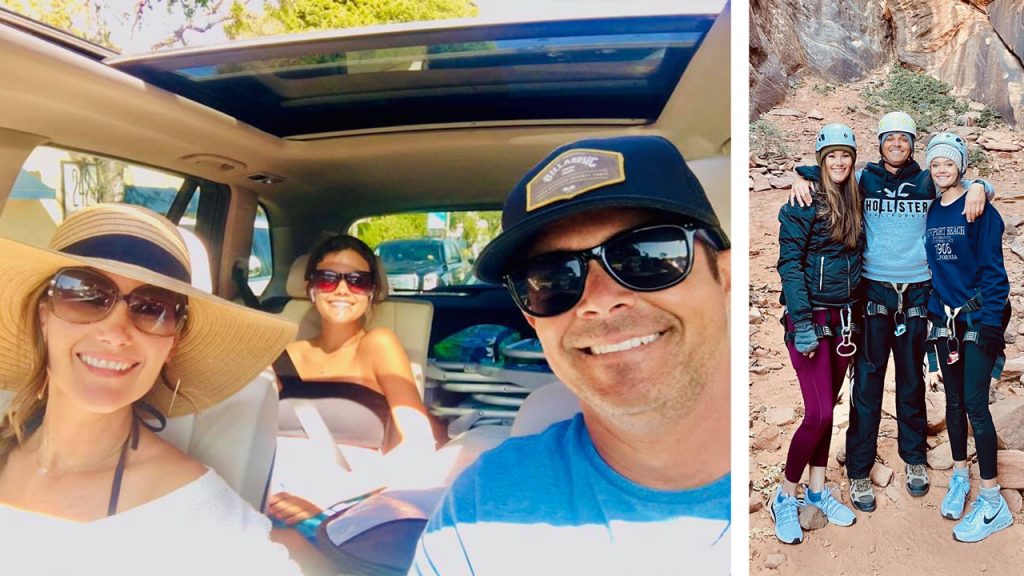 Who is a woman role model in your life and why?

EN: My grandmother, mother to my mother, Reba Yarborough. She had a high-profile title with a big office in a male-dominated industry (finance) back when it was very uncommon for women to hold those types of positions. She worked 9-5 in her business suit and came home to take care of her family, while her husband worked the graveyard shift at the factory. She always made sure there was a homemade meal for breakfast, lunch, and dinner with my grandfather’s lunch pale was adequately filled all while juggling a successful career and staying super positive and balanced. By watching her, I learned the value of hard work, prioritizing while still juggling and that women can do anything – just like men – if they really want it enough.

What is the most empowering thing someone else has done for you?

EN: One of my previous bosses hired me onto her team right as she was heading out for her 4-month maternity leave. I was terrified, but she encouraged me, had faith in me, and trusted me fully to step up in her absence. While it was certainly a sink or swim situation, she empowered me to do the job in her absence and instilled confidence that allowed me to do the job well, even to my own surprise. I learned something about myself in those four months and built my own confidence to mirror what she had already seen in me.

What piece of career advice (or book recommendation) would you share with another woman?

EN: My advice to all leaders (not just women) is to be a servant leader. You can’t manage others or lead well unless the people you lead see you serving along with them.

My advice specifically for women is to create your place and your platform not by speaking loud and often, but by demonstrating your value through your contributions first. Actions speak louder than words and women are often accused of speaking out too much, which can be seen as overcompensation for getting noticed. Quiet wisdom can lead to leadership with a big voice – even if it’s not loud. And, let’s face it, It’s the quiet ones that get underestimated all too often. 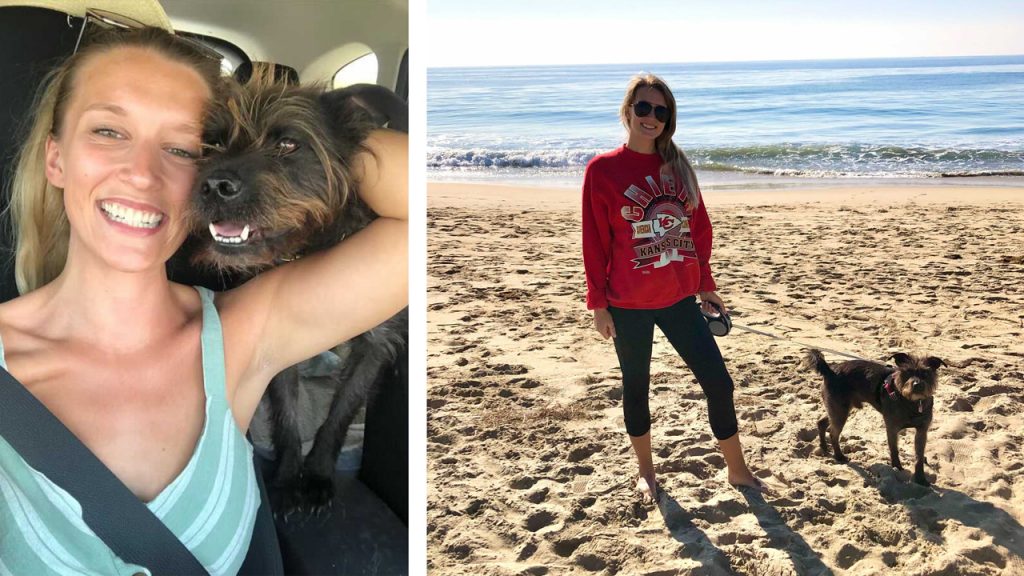 Who is a woman role model in your life and why?

SG: My grandmother Rosemary White. She was taken out of school at 13 to work on the family farm while her brother’s served in the military. She got married at 18 and had three children by the time she was 24. The marriage was very abusive and in 1970, she decided to leave and take care of herself and her children alone. She worked three jobs for many years to stay afloat but somehow she never lost her caring spirit. She’s a dedicated woman of faith and anyone would be lucky to have a woman like her in their life! She reminds me that hard work pays off and that strong-willed women make the world go round.

What is the most empowering thing someone else has done for you?
SG: The Vice President of my last agency was my direct supervisor and she helped me shake off some of the misguided career advice I had received previously. She worked to remind me that there is a way to be professional without losing your own personal spark and that work is just that – WORK! “Real-life” matters more. It helped my confidence immensely and I owe a lot of my success to her.

What piece of career advice (or book recommendation) would you share with another woman?
SG: Well-behaved women rarely make history. KIDDING-ish.

Being direct doesn’t make you annoying. Don’t feel the need to apologize for a small misstep. Save the apologies for when you really need it. 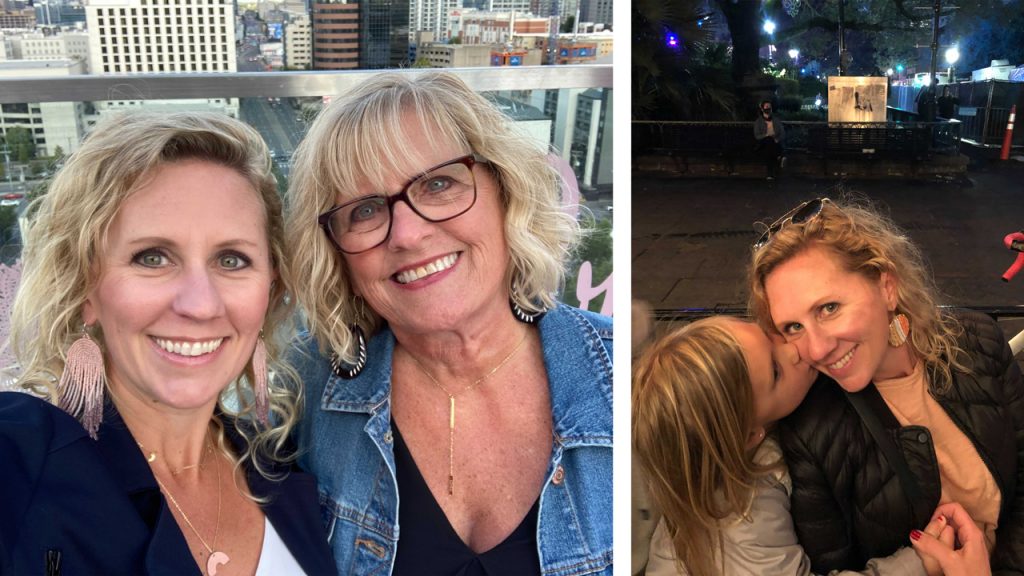 Who is a woman role model in your life and why?
SP: One of my role models is my cousin Brittney. Not only is she a very successful hairstylist to the stars, but she is a kind friend and loving mama. Brittany manages to take on every obstacle with grace and dignity, always showing kindness to those around her. She has set some very high goals for herself since she was a child and she has achieved every one of them while raising two great kids. I admire her drive, the confidence she works on daily, and her ability to keep her priorities in check. I’m lucky to call her family.

What piece of career advice (or book recommendation) would you share with another woman?
SP: Perception matters. Your intentions might be solid, but if it’s not being perceived in the way you hoped then you have failed to get your point across. Always make sure that you are representing yourself in a way that reaches your audience/team/boss. I had to learn early on in my career that tone of voice can turn someone towards you for help or make them never return, even if your intentions are always to help. 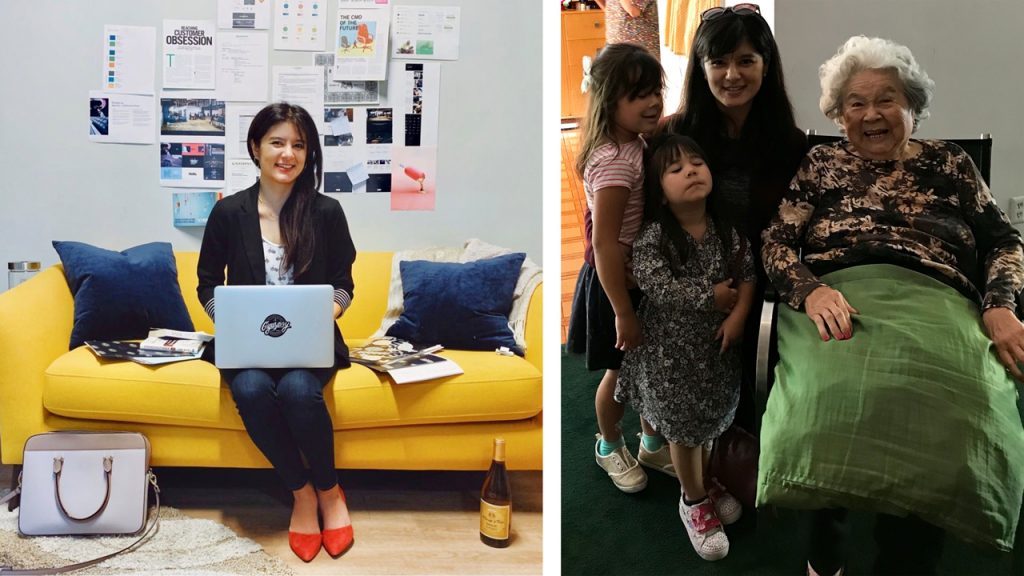 Who is a woman role model in your life and why?
KG: My grandmother, Maria. Despite having everything taken from her during WWII when she was forcibly relocated to a Japanese internment camp, she was able to pursue her college degree and eventually began a Masters in Social Work. By the time I came along, I knew her as a glamorous working woman: a travel agent arranging worldwide excursions for her clients, and even traveling the globe herself. She was truly a renaissance woman, eternally curious but soulfully kind.

What is the most empowering thing someone else has done for you?
KG: It’s really the little things that have impacted me the most: especially those who were willing to listen. A lot of times in business situations, you have to fight to be heard. But it was the coworkers, bosses, clients, and others who encouraged me by acknowledging me and listening to the things I had to contribute – rather than making me fight my way into a conversation – that really helped build my confidence. I always try to return the favor by avoiding interrupting others – especially when they’re starting out in their careers.

What piece of career advice (or book recommendation) would you share with another woman?
KG: Fight for yourself, but don’t forget to encourage others! Dole out respect and acknowledgment like it’s confetti. Your connections and contacts will remember it and will lift you up in return.

Thank you to all of our Leading Women. We celebrate you today and always. 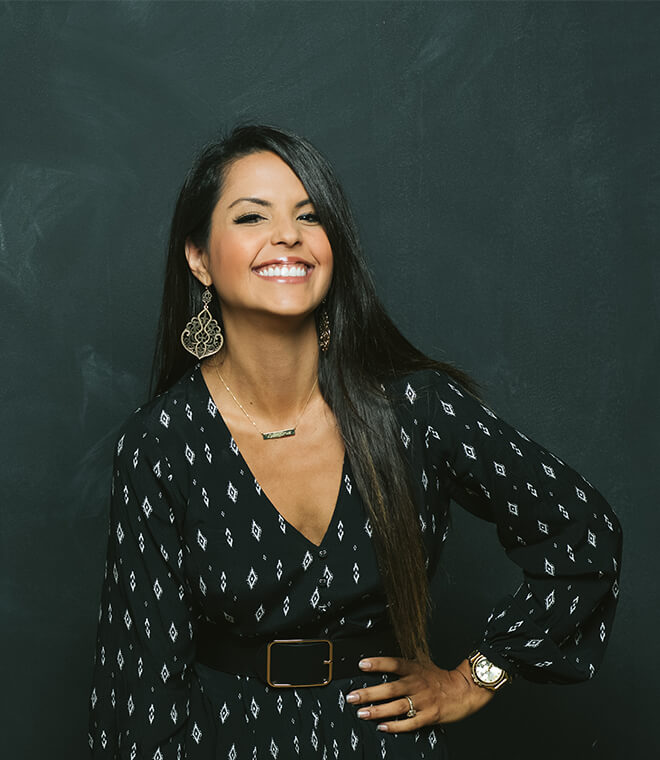 Angeliz Guevara lives and breathes her role as a social media strategist. Born in Venezuela, and specializing in Hispanic Markets, Angeliz works with brands spanning from restaurants to technology and everything in between. Her passion is taking a brand, discovering its voice and helping it connect with its audience in a meaningful way. 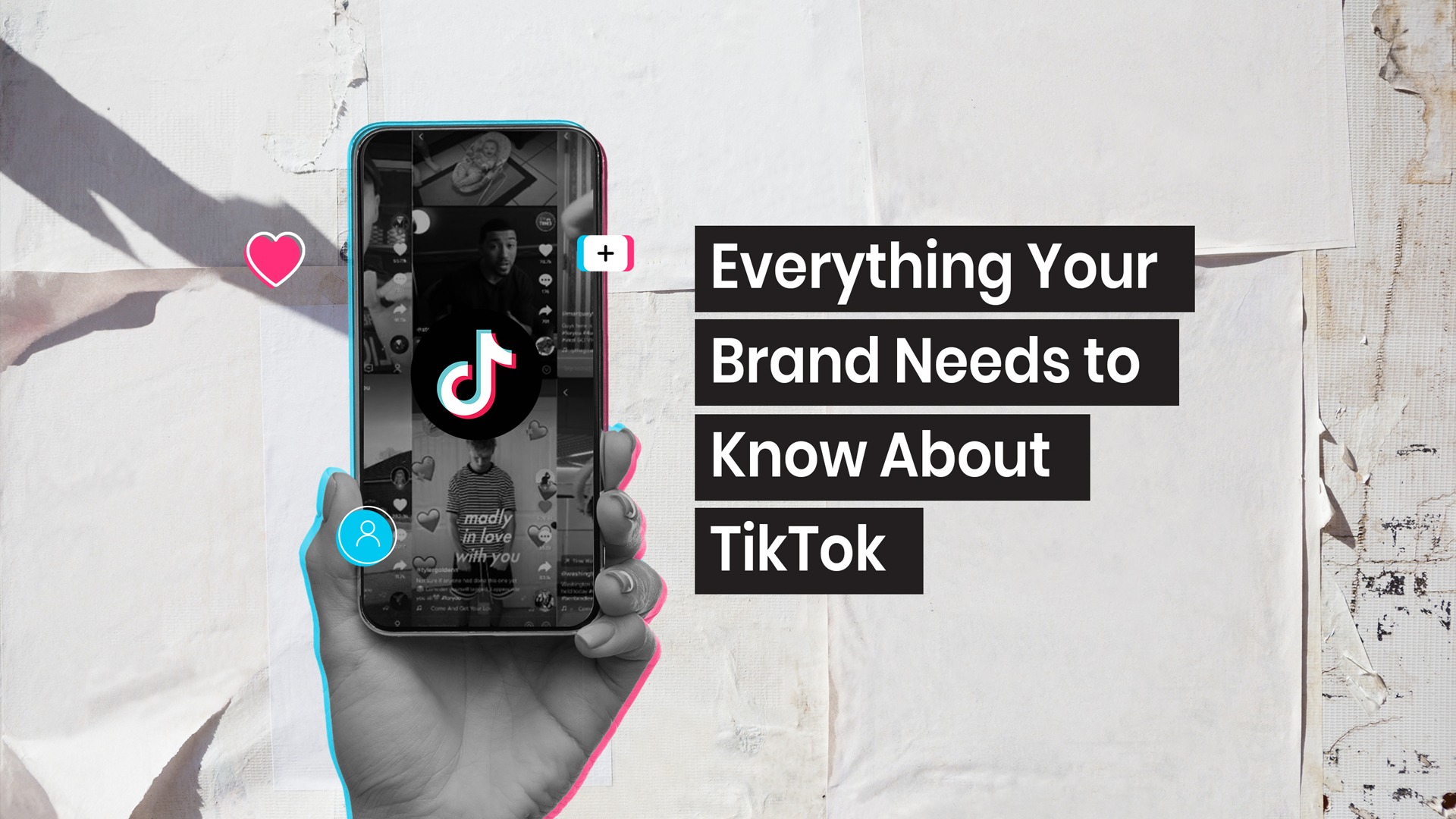 Everything Your Brand Needs to Know About TikTok 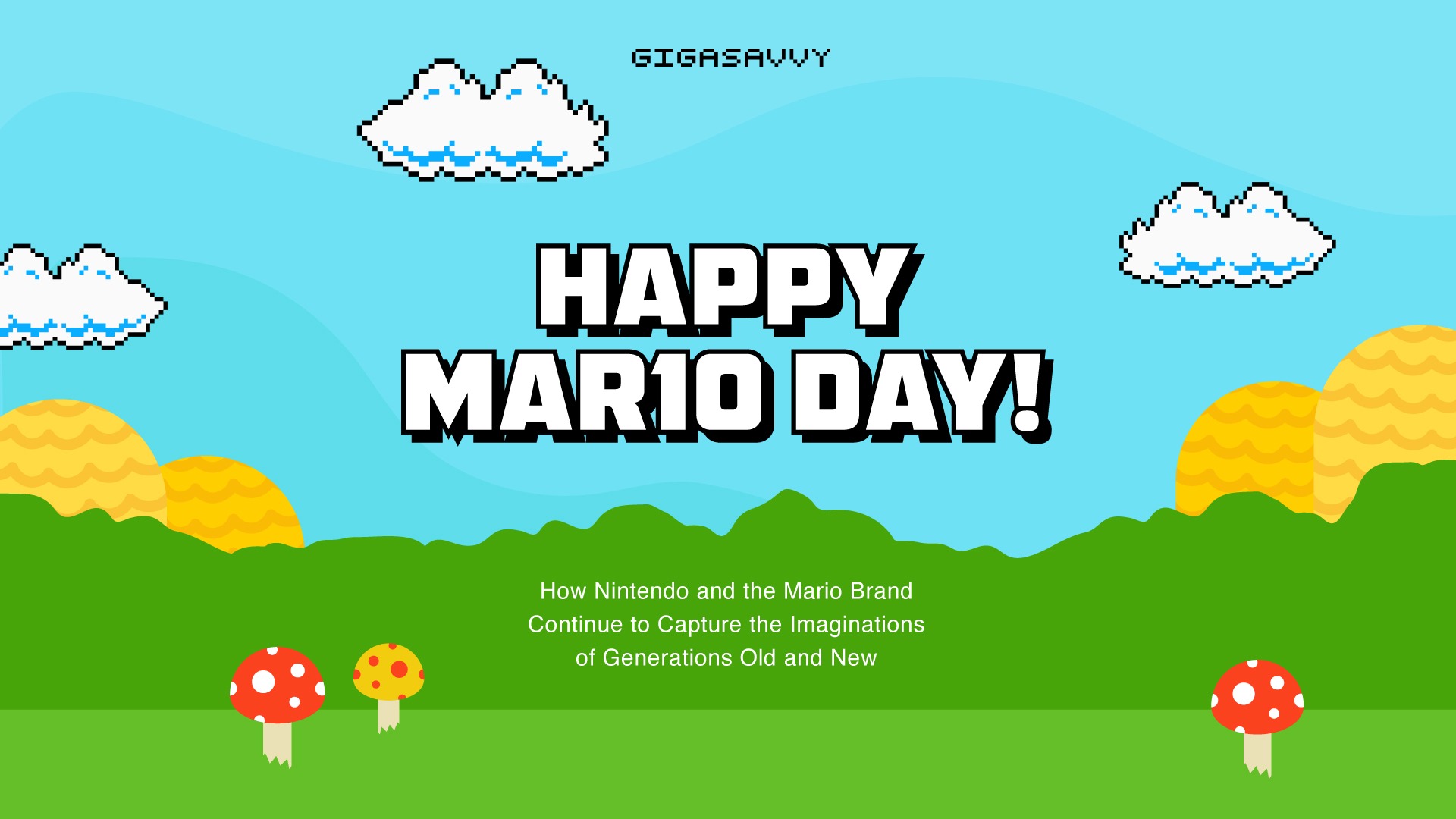 Happy MAR10 Day! How Nintendo and the Mario Brand Continue to Capture the Imaginations of Generations Old and New