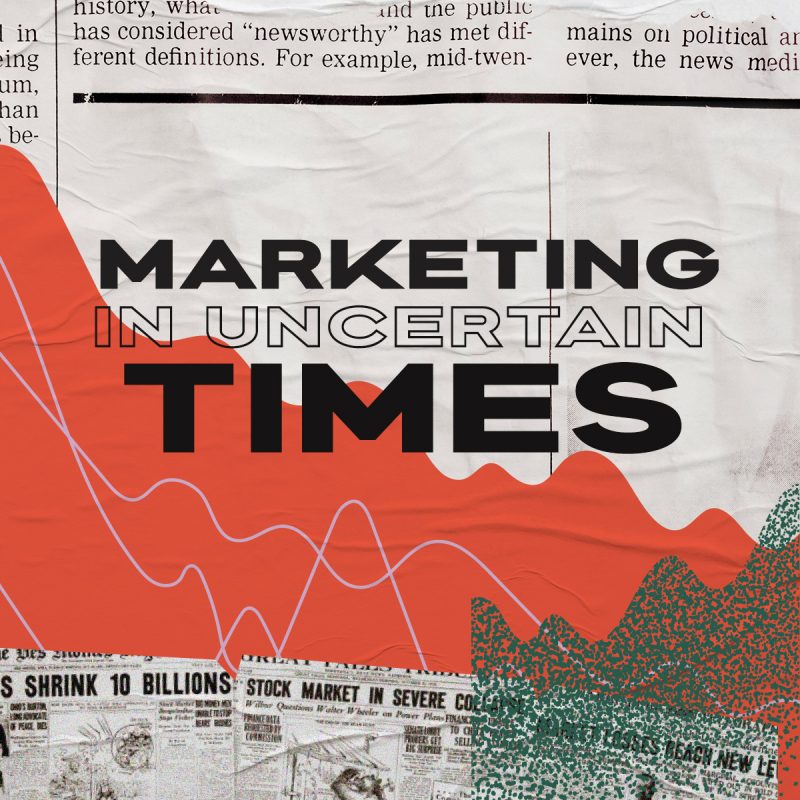 Marketing in Uncertain Times: Data Shows that Impactful Creative Strategy Can Cut Through in a Recession

Adapt to the market, don’t retreat from it.

Economists are unified in their alarm about the possibility of a significant economic downturn, which could have far-reaching implications for both B2B and B2C brands. The second half of 2022 saw inflation figures rise at the fastest rate in 40 years. In an inflationary cycle, prices will continue rising until eventually, consumers have no choice but to cut back — which can mean a recession.

When the warning lights of a recession start to show up, leadership’s first instinct is often to slam on the brakes. Rather than pursuing greater market share or venturing into entirely new areas, when the economy seems to be heading into a cooling period, many companies choose to cut their budgets, staff, and initiatives, hoping to weather the storm and minimize the risk.

Marketing, in particular, is frequently seen as one of the first major budget items to see deep cuts when the economy slows down. But, paradoxically, that kind of hyper-cautious, risk-averse approach often puts the future prospects of a brand’s portfolio in greater jeopardy, not less.

Study after study has proven that the businesses which maintain or increase their marketing investments during recessions are better positioned for success when the economy begins growing again.

Change Your Focus, Not Your Commitment

Going dark is not the answer, but neither is blindly sticking to the status quo. When consumer habits and market forces are in flux, effective brands adapt their creative strategies and brand messaging in light of those changes.

When inflation spikes and consumer purchasing power dips, it may not be the right time for a company to lean into promoting its more expensive, high-margin offerings. Instead, it may make sense for brands to redirect marketing-might to more accessible products and services.

The question isn’t how much or how little to invest in marketing during a recession, but how to best allocate your marketing resources to overcome new obstacles. Fortunately, marketers and creative agencies are experts at analyzing and understanding markets to figure out:

Being able to answer questions like those — and having some solid data sources to verify you are on the right track — is vital to managing the buyer’s journey in all types of economies. But it’s especially critical when the top of the funnel is shrinking.

Boom and bust cycles are an unavoidable reality for every modern economy. The U.S. has had 19 major recessions in its 246 years of existence, according to the National Bureau of Economic Research, with an average length of around 15 months. And, in every single recession since at least the 1970s, companies that increased their marketing during a downturn outperformed those that didn’t.

McGraw-Hill studied 600 companies’ responses to the 1981 recession and found that by its end in 1985, those that maintained or increased their ad spend at the start of the downturn were generating sales 256% higher than competitors that cut back.

The same pattern played out during 2008’s Great Recession. Millward Brown (now owned by Kantar Group) released a report that showed 60% of brands that ‘went dark’ and stopped communicating with their audience saw a marked decrease in ‘brand use’ (-24%) and ‘brand image’ (-28%). The study also revealed that the drop in brand awareness was amplified if competitors in their market maintained or increased their marketing.

Why the consistent success? It may have to do with reduced competition. As more and more companies cut back on their offerings and their outreach, the space on store shelves and media feeds opens up, as do more opportunities to carve out space in consumers’ minds. Recessions are also a moment when smart companies reevaluate their brands and product lines, and direct their energies towards their most relevant offerings. This further helps explain why products and services released in a recession show such strong performance.

Milward Brown’s report offered some guidance on a smarter way to respond to recessionary cycles, pointing to a 2012 study called “Marketing During Recession: Survival Tactics.” It revealed that changing a brand’s creative output can have five times more impact than reallocating its marketing budget, a finding that was remarkably consistent across categories, brands, and channels.

A recession might seem like a scary time to release a new product, invest heavily in market research and development, or roll out a big campaign, but research shows that in industries as disparate as consumer packaged goods and automobiles, products introduced during a recession have both better long-term survival rates and stronger sales revenues than others.

In contrast, brands that only focus on short-term solutions like price increases or ‘shrinkflation’ risk damaging a brand’s equity and affinity by alienating loyal customers who have come to expect a certain level of quality and value. Furthermore, they run the risk that value-sensitive consumers will purchase even less, putting more pressure on the bottom line.

Don’t Stop Talking to Your Audience

Advertising is merely a subset of any marketing plan, but like marketing generally, advertising during a recession is necessary for any brand that hopes to protect their prospects for future growth. Consider multinational consumer goods maker Reckitt Benckiser — owner of household name brands like Air Wick, Lysol, and Finish — which has been studied as an example of the advantage of increasing advertising during a recession.

After the 2008 financial crash, while their rivals were cutting their advertising budgets, Reckitt Benckiser instead increased their own advertising by 25%. Their marketing investment unlocked an 8% increase in revenues and a 14% increase in profit. Conversely, their more skittish competitors saw profits drop by 10% or more.

Use Creative that Connects

It’s not the case that simply advertising more during a recession guarantees results like that. It’s just as important that the tone and appeal of a brand’s content is adjusted to better align with consumer expectations and needs. During a recession, consumers are struggling. They don’t want to be bombarded by demands that they make a purchase right when they are hurting. Instead, brands need to prove they understand these new challenges and have thoughtful solutions that will reduce some of their customers’ burdens.

For example, during the early days of the pandemic, when fear and uncertainty were causing disruption throughout the country and the world, Coca-Cola revamped its advertising to feature frontline workers. Coke took the spotlight off its product and put it on the heroes risking their lives to protect us all. Fizzy drinks weren’t going to get us out of this mess, yet somehow it was still a comforting and welcome voice. Even when things looked unimaginably grim and people didn’t know who they could count on, some things were still there just as they always had been, and, as the ads subtly inferred, always would be.

Likewise, Singapore Airlines used its first pandemic message to its audience to reassure travelers that it was fully committed to playing a positive role during the pandemic, announcing that its grounded crews would be redeployed as care ambassadors, medical assistants, and support staff transport hubs.

Gigasavvy client, Allied Universal, took a similar approach in its branded advertisement, which acknowledged the realities of the changing world of security.

These brands successfully looked into the deeper human stories underlying the crisis and developed a framework for advertising and content creation that tapped into the core truths animating everyone during an alarming time. They were able to personalize their brand, form emotional bonds with their customers, and provide social proof of their positive impact — which is exactly what was needed.

Ultimately, it won’t be the biggest or most well-resourced companies and brands that withstand the current economic headwinds most successfully. It will be the smartest, most adaptive, and quickest to take advantage of the opportunities that open up when some companies decide to withdraw. As established brands give way, it creates new avenues for challenger brands to increase their presence and lower their costs for acquiring customers.

In any economy, brand managers must maintain focus on the big picture. Marketers are sometimes lulled into thinking that focusing only on initiatives that are simpler to quantify and justify to stakeholders, such as direct response and performance marketing, can override or replace investments in less tangible assets like brand awareness and brand equity. But that route is often a dead end and almost never the result of thoughtful and strategic long-term planning.

There’s no such thing as a truly recession-proof gameplan for any company, but that doesn’t mean brands should abandon the field during a downturn. Doing so guarantees diminishing brand equity and market share. Instead, this period should be used as an opportunity to reevaluate existing approaches, correct course, and leverage our creative powers to their fullest extent. Brands that are able to do that will emerge from a recession stronger than they entered it.

Gigasavvy is a creative marketing agency with a proven record of supporting challenger brands. We know how to position challengers for outsized growth because we are one. We are forward-thinking, fearless creators who empower brands through authentic human connection — and we do it faster, more efficiently, and more creatively than our mega-sized competitors could ever hope to. We’re simply nimbler, hungrier, and more tapped into what’s going on in the mind of real consumers. Contact us to talk about marketing your brand in these challenging times. 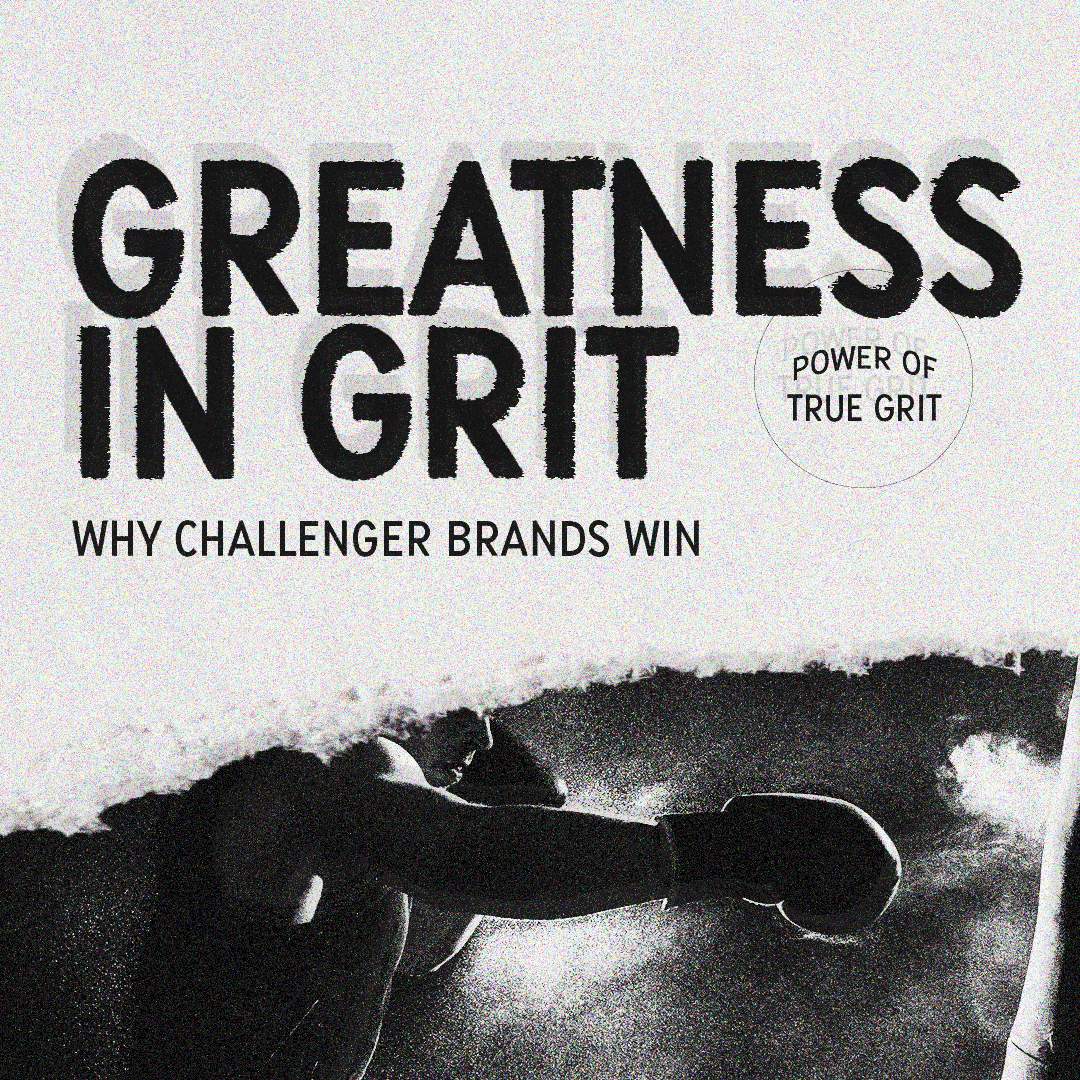 Greatness is in the Grit: Why Challenger Brands Win 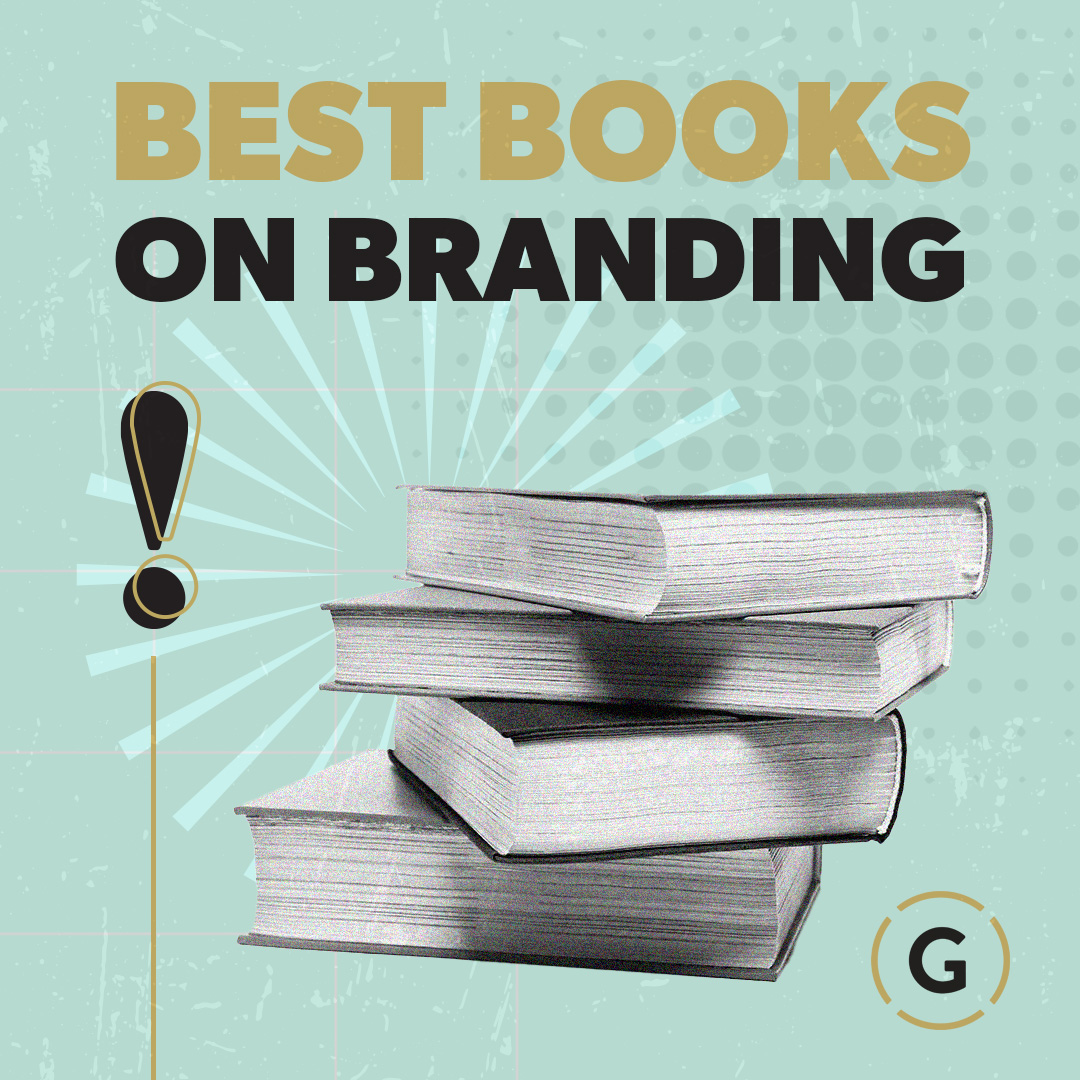 Best Books on Branding: Focus on the Brand with Our Top 8 Brand Books